By Panagiotis Tsarchopoulos on 5 December 2009. Posted in Innovation Clusters

In a time when Europe must be restructured economically after the recession, clustering presents an ideal way to ensure local economic development and the EU’s future competitiveness, based on integrated, robust foundations that raise productivity and the implementation of innovation, according to “Clustering and City Competitiveness – an introduction” guide.

This guide, published from the EUROCITIES Clusters Working Group, seeks to explain clustering and its impacts in an accessible way. The result is that officers and politicians not involved in cluster support on a day-to-day basis can fully appreciate the importance of the subject area. City examples are highlighted to ensure that the real world application of ideas and interventions are made clear. Finally the EU level policy and support framework is explored to ensure that those engaging in cluster activities, and perhaps the work of the EUROCITIES Clusters Working Group, are aware of the extent to which clustering is increasingly Important at the EU level. 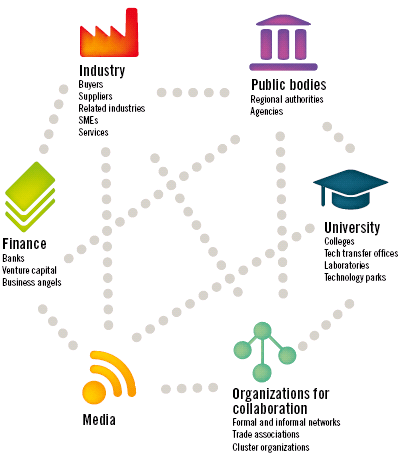 The report concludes that: