2010 US States Technology and Science Index

The US State Technology and Science Index, published by Milken Institute, provides a nationwide benchmark for states to assess their science and technology capabilities, and whether they have the ecosystems for converting those capabilities into companies and high-paying jobs.

The overall index is based on 79 unique indicators that are categorized into five major components:

Highlights of the 2010 index

The top ten (with previous Index rankings in 2008): 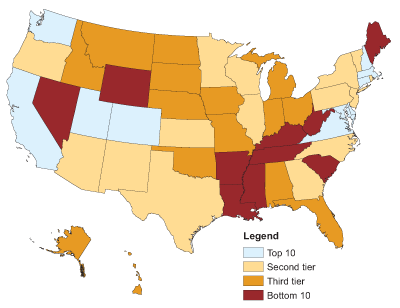