By Nicos Komninos on 2 November 2011. Posted in Innovative Cities & Regions

The Australian consulting firm  2thinknow has released its annual list of the most innovative cities in the world. It is the world’s largest city classification and ranking with 331 benchmark cities classified, and top 125 cities ranked in 2011.

Ranking is based on three factors: cultural assets, human infrastructure, and networked markets. Three types of innovative cities are also defined: “Nexus” is the best and requires cities to have the nexus critical for “multiple economic and social innovation segments.” “Hub” cities are those with a dominance based on economic and social innovation and “node” cities performed well across innovation segments but with some imbalances. All best-20 cities listed below are “nexus” cities. 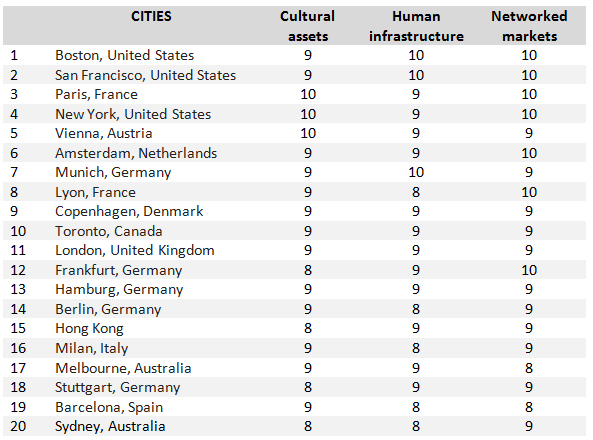