By Panagiotis Tsarchopoulos on 23 December 2011. Posted in Innovative Cities & Regions 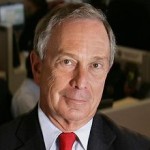 New York City Mayor Michael Bloomberg says cities need to innovate just as much as corporations—and offers prescriptions for how to do it. In an article in McKinsey&Co “What Matters” magazine, he mentions three key approaches that have helped him to get around challenges to drive innovation forward:

I expect my staff to value creativity and new ways of thinking. Citizens deserve more than tweaks to the status quo—so I reinforce to commissioners and other policy makers that bold, new ideas should be the rule rather than the exception. This mandate empowers leaders to push themselves and their teams beyond their comfort zones, to look with fresh eyes at challenges and potential solutions. Simply giving permission to innovate is insufficient; you have to expect it and hold people accountable for delivering it.

Being clear-eyed about barriers to innovation and removing them is also important. For example, we’ve raised private philanthropic dollars to subsidize innovative new programs, such as our new comprehensive effort to help black and Hispanic young men achieve at the same rates as their peers in other ethnic groups. When we’ve tackled issues like sustainability and poverty that span numerous agencies, we’ve created cross-agency teams to improve coordination and results. As a result, our sustainability program has produced a 13 percent reduction in New York City’s carbon footprint over the past five years.

Support those who fail

When it comes to innovation, the one thing you know for sure is that it will not always succeed. In New York, the intense media focus can be a disincentive for innovation, which is why I’ve always believed it is critical to give a public pat on the back to those who took reasonable risks but failed. That’s how you keep the new ideas coming in—and it’s how you keep attracting the top talent.

According to the Mayor of New York these three approaches have helped the city to drive innovation in areas ranging from poverty to sustainability to education to creating new open spaces. And mayors from cities all over the nation are launching their own bold solutions to many of the same challenges.

What Matters: Innovating for a better city