By Panagiotis Tsarchopoulos on 4 December 2012. Posted in Knowledge Economy

CB Insights has published a report aiming to track and measure the entrepreneurship activity of top universities. Specifically, this report tracks six universities and the companies founded by or led by their alumni and the venture capital or angel financing they have raised. In total, CB Insights data revealed that these alumni have raised $12.6 billion of financing across 559 financing transactions.

The following universities are analyzed: 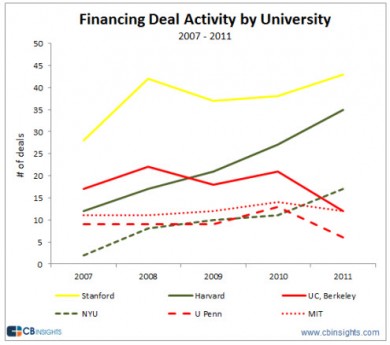 Below are some of the highlights: 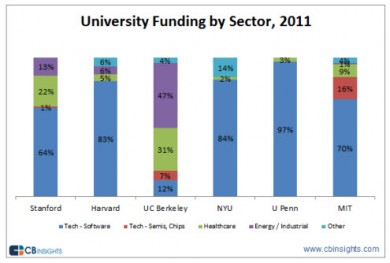 Via ReadWrite – One University To Rule Them All: Stanford Tops Startup List