By Panagiotis Tsarchopoulos on 6 December 2012. Posted in Strategic Intelligence - Foresight

Social media continues to grow rapidly, offering global consumers new and meaningful ways to engage with the people, events and brands that matter to them.

According to Nielsen and NM Incite’s latest Social Media Report, consumers continue to spend more time on social networks than on any other category of sites—roughly 20 percent of their total time online via personal computer (PC), and 30 percent of total time online via mobile. Additionally, total time spent on social media in the U.S. across PCs and mobile devices increased 37 percent to 121 billion minutes in July 2012, compared to 88 billion in July 2011.

This report reveals insights such as: 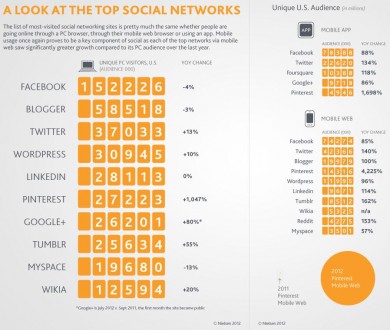 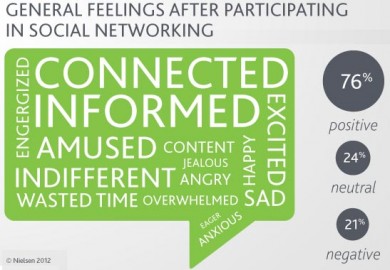