The Economist Debate on Smart Cities

The Economist was running an online debate on the question: “Are smart cities empty hype?” with Anthony Townsend Research Director, Institute for the Future to defend the motion and Irving Wladawsky-Berger VP Emeritus, IBM to be against.

As they go about their business of producing most of the world’s wealth, novelty and human interaction, cities also produce a vast amount of data. The people who run cities are ever more keen on putting those data to work. Hardly a week passes without a mayor somewhere in the world unveiling a “smart-city” project. Some even see the integrated systems for collecting, processing and acting on data as offering a “second electrification” to the world’s metropolises.

The use of data in cities pits top-down against bottom-up. One side stresses the need for citywide planning and control; the other advocates just providing access to data that lets citizens make their own decisions. But both approaches have disappointed so far. Many cities lack the necessary resources for the more ambitious dreams of city planners. The bottom-up approach, too, has rarely, so far, translated into game-changing success: except in the area of public transport, few apps using open data have made the jump from interesting novelty to reliable consumer service.

So are smart cities empty hype? And if yes, what can be done to change this?

The smart-city visions sold by industry are indeed empty hype. Many of the problems that cities face do not lend themselves to quick, top-down solutions designed by big companies.

Irving Wladawsky-Berger, against the motion:

The promise of smart cities is inexorably linked to the general promise of big data—new tools have the potential to usher an information-based scientific revolution. 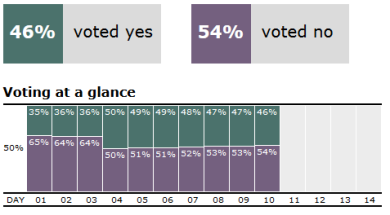