One of the most characteristic infrastructure-oriented smart city models is IBM’ solution for the ‘Smarter City’. According to IBM, traditionally city infrastructures and services are created and managed by independent departments or organizations. City domains are focused on their own operations and only on a limited basis share information with other interested parties and the overall city. In a smarter city, however, information in the form of metrics, events, and processes must be shared across organizations in real-time manner. With the support of analytics programs, city-wide operational processes using data from any number of domains can continuously predict and react to events and trends that are affecting the city. In 2010 IBM employed their first integrated operations center in Rio de Janeiro, pooling generous investments in sensor networks after signing a contract with the city of Rio de Janeiro. Rio had recently experienced devastating landslides that killed over 250 people and it faced the forthcoming challenges of hosting the Olympics in 2016 and the World Cup in 2014. It was thus agreed that there was a need for the development of an Emergency Response System, with real-time automated command-and-control of emergency responses. The citywide system integrates data from about 30 agencies, serving primarily safety and transport functions and uses integrated business analytics and intelligence with predictive trend analysis. Administrative authorities can make more informed and prompt decisions now, as they can view information from City services -such as the police, traffic management and energy grid- concurrently. 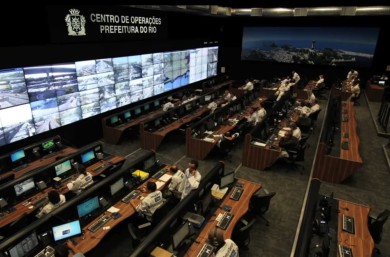 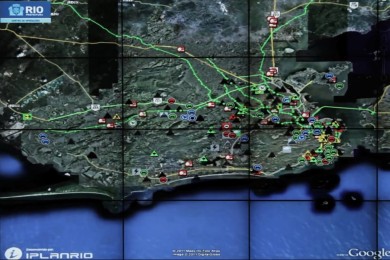