By Panagiotis Tsarchopoulos on 10 July 2015. Posted in Innovation Measurement

CITIE guide is the product of a partnership between Nesta, Accenture and the Future Cities Catapult. It provides a means of benchmarking the way in which cities encourage innovation, assessing them on criteria such as investment, regulation and willingness to adopt new technologies and processes. The approach was developed through consultation with city government leaders, policy experts, venture capitalists, and entrepreneurs, ultimately identifying 36 policy levers that enable innovation and entrepreneurship.

The CITIE framework provides a resource for city policymakers who want to develop policy to support innovation and entrepreneurship. 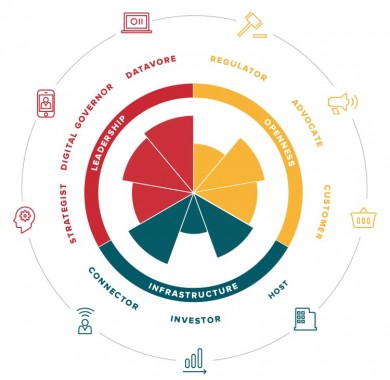 The framework is comprised by three levels:

The analysis of 40 cities

CITIE has assessed 40 city governments from around the world against the policy framework. The cities were selected to provide a diverse set of insights across cities of different sizes, cultural contexts and with different stages of maturity in the start-up ecosystem. The analysis revolves around nine policy roles that city governments can adopt to support innovation and entrepreneurship. 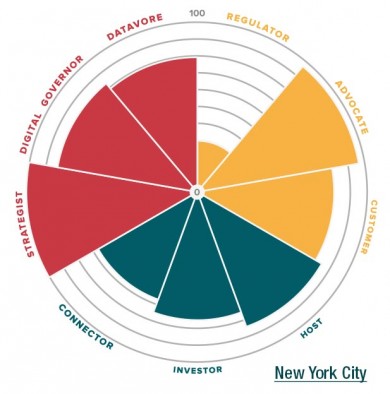 The analysis reveals New York as having the most effective policy environment to foster innovation, followed by London, Helsinki, Barcelona and Amsterdam. With strong leadership over the past decade, New York has established itself as a destination for innovation. London almost came out as number one, but was kept away from the top spot by its lack of a Chief Technology Officer or innovation team — new roles that have proved incredibly successful in other cities. Elsewhere, the appearance of Helsinki, Barcelona and Amsterdam in the top five demonstrates that smaller cities are as capable of fostering positive environments for innovation as larger ones. 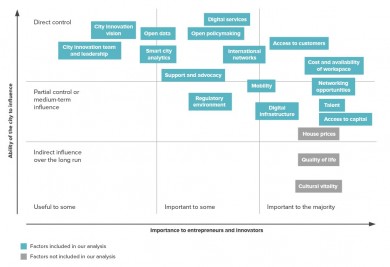 Factors important to entrepreneurs that city governments can influence

The analysis set out a few points of context that help describe how the policy roles relate to one another and how best to interpret them: