In the 2015 Global Innovation 1000 study, Strategy&, PwC’s strategy consulting business, analyzed the flows of R&D spending among companies and countries worldwide. It found that the geographic footprint of innovation has expanded dramatically in the years since the first study in 2008. The new landscape reflects significant regional shifts, as more companies pursue innovation programs abroad in search of access to top talent and high-growth market. 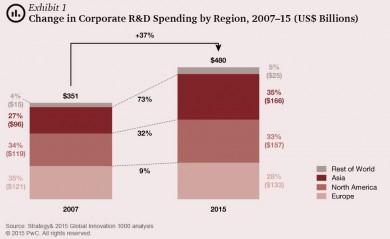 Led by dynamic growth in China and India, Asia is now the number one region for corporate R&D spending.

The U.S. holds its position as the largest corporate in-country R&D spender, importer, and exporter.

R&D spending gets back on trend after its post–financial crisis dip. 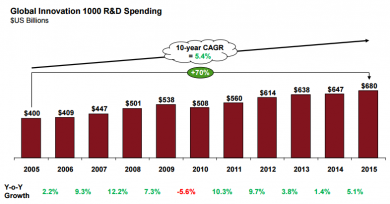 In 2015, R&D spending by the Global Innovation 1000 saw the return to the long-term growth trend 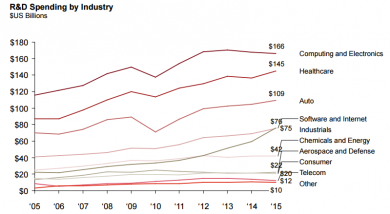 Software & internet grew at over 27%, far greater than the
growth of all other industries from 2014 to 2015 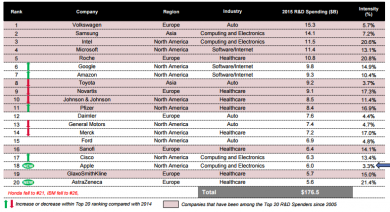 Apple & Google continue to lead the Most Innovative list,
while Tesla has moved up to third