By Panagiotis Tsarchopoulos on 19 November 2015. Posted in Platforms, Apps, Solutions 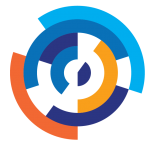 The European Data Portal, created by European Commission, harvests the metadata of Public Sector Information available on public data portals across European countries. Information regarding the provision of data and the benefits of re-using data is also included.

The goal of the European Data Portal is to be a gateway offering access to data published by administrations in countries across Europe, from the EU and beyond. Additionally, it will support public administrations in publishing more data as open data and have targeted actions to stimulate re-use. By taking a look at the data released by other countries and made available on the European Data Portal, governments can also be inspired to publish new data sets they had not though about in the first place.

The re-use of Open Data will further boost the economy. The benefits of Open Data are diverse and range from improved performance of public administrations and economic growth in the private sector to wider social welfare. The economic study conducted by the European Data Portal team estimates that between 2016 and 2020, the market size of Open Data is expected to increase by 36.9% to a value of 75.7 bn EUR in 2020.

Currently, the portal includes over 240.000 datasets from 34 European countries. Information about the data available is structured into thirteen different categories ranging from agriculture to transport, including science, justice, health and so on. This enables you to browse quickly through categories and feel inspired by the data made accessible.

To help access the data made available in different languages, the portal offers a multilingual search interface. In order to translate also the metadata, the important descriptors of data machine-translation technology is used. This should help the visitors (developers, companies, journalists and interested users) to find data from around Europe on subjects of your interest. Re-use of data will get this way easier, allowing, for example, a developer in Bratislava to be in a better position to develop an app based on data published by the City of Oslo with Norwegian metadata annotations.