By Artemis Psaltoglou on 7 October 2016. Posted in Cities

The report Co-Creating the Urban Future is the IV Global Report on Local Democracy and Decentralization(GOLD). It examines the challenges and issues that local and regional governments face in our current urban age as well as the solutions that can be devised to co create the sustainable, inclusive, safe, and resilient cities of the future.

GOLD IV studies the role that local and regional governments can play within the emerging new global consensus. Through key international agreements such as the 2030 Agenda, the Paris Agreement on Climate and the New Urban Agenda, the international community has finally committed to leave ineffective, exclusionary and unsustainable development models behind. Against this backdrop, local and regional governments can be empowered to catalyze an inclusive process that is consistent with principles of local democracy and the Right to the City to co-create the future of our cities and territories.

For this purpose, GOLD IV presents the foundations of the Global Agenda of Local and Regional Governments for the coming decade; a set of policy recommendations for all actors and stakeholders in the local and regional governance system. This agenda for metropolises, cities and territories is UCLG’s legacy and contribution to the global debate – as embodied by Habitat III, the 2016 UN Conference on Human Settlements – and an invitation to take the next step and foster a truly global and inclusive alliance for our urban future.

The book is divided basically in three main chapters:

The first chapter Metropolitan Areas: The complexity of the Metropolitan Age explores established and emerging models of governance for metropolitan areas, including their role as conveners and the role of civic and non-governmental organizations. In addition, it examines economic aspects of metropolitan areas, such as positive and negative externalities, agglomeration and alternative approaches for more solidarity within the area. Finally, a closer look to aspects of sustainability and quality of life regarding not only environmental actions and the challenge of densification but also social dimensions, such as the right to housing and the access to public services. 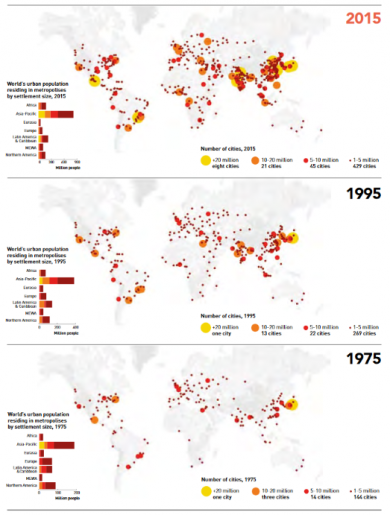 The second chapter Intermediary Cities: The vital nexus between the Local and the Global initially illustrates the profile and dynamics of intermediary cities, including structural characteristics (size, form, function), as well as local economic and environmental aspects. Next, urban systems and intermidiary cities are studies at an international level (Africa, Asia Pacific, Eurasia, Europe, Latin America and the Carribean, Middle East and West Asia, Northern America). More specifically, the spatial integration and functional balance of intermidiary cities as well as trends and national urban policy responses are examined for each group of nations. 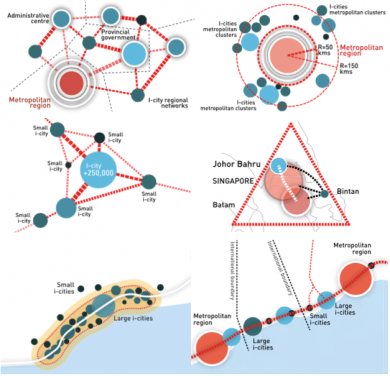 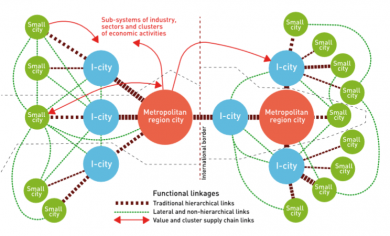 These three chapters all conclude with the shaping of the agenda for metropolitan areas, intermediary cities and territories respectively. Finally, the report finishes, on the one hand, providing the main outcome and the key concepts of this research and presenting the Agenda of Local and Rergional Governments for Habitat III and Beyond.

About the Global Observatory on Local Democracy and Decentralization

The Global Observatory on Local Democracy and Decentralization (GOLD) is part of United Cities and Local Governments’ work and aims to: