The State of European Cities Report, 2016

By Artemis Psaltoglou on 25 October 2016. Posted in Cities

This report, jointly produced by the Directorate-General for Regional and Urban Policy of the European Commission and UN-Habitat, highlights how the unique characteristics of European cities can support the EU priorities of jobs & growth, migration and climate action. Cities boost innovation, embrace people from different backgrounds and reduce our impact on the planet. Cities that operate at the metropolitan scale and have sufficient autonomy and resources can better exploit these urban advantages.

Goals of the report

As cities have important investment needs, EU Cohesion Policy will provide more than EUR 100 billion for projects on innovation in SMEs, social integration, low-carbon mobility and energy efficiency in the period 2014-2020. Therefore, among the basic goals of this report are: 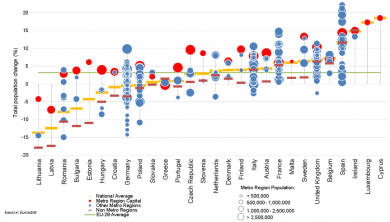 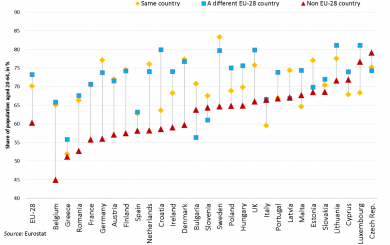 Employment rate in the cities by country of birth, 2014. Source: Eurostat. 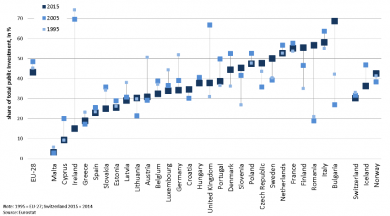