Cities as the Digital Hubs of the Future 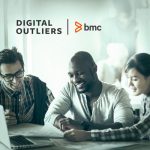 In this episode of the Digital Outliers podcast series, host Brian Solis interviews Dr. Jonathan Reichental, CIO for the City of Palo Alto, about how the evolution of digital technology at the heart of Silicon Valley offers each of us a sneak preview into the coming transformation in urban areas everywhere.

With roughly 3 million people migrating to cities every week and more than half the world’s population now congregated in these urban centers, these regions will be the first to host an array of digital technologies – smart cars, sensors, and more – that will fundamentally change every aspect of human life.

Digital Outliers Episode 9: Cities as the Digital Hubs of the Future