By Artemis Psaltoglou on 16 January 2017. Posted in Collective Intelligence

This report, published by Nesta, provides an introduction to collective intelligence in government. It aims to be useful and relevant to governments of countries at very different levels of development. It highlights the ways in which governments are better understanding the world around them, drawing on ideas and expertise from their citizens, and encouraging greater scrutiny of their actions.

Collective intelligence is a new term to describe something which is in some respects old, but in other respects changing dramatically thanks to advances in digital technologies. It refers to the ability of large groups – a community, region, city or nation – to think and act intelligently in a way that amounts to more than the sum of their parts.

Nesta’s analysis of government use of collective intelligence initiatives around the world finds that activities fall into four broad categories:

2. Better development of options and ideas: tapping into the collective brainpower of citizens to come up with better ideas and options for action.

4. Better oversight of what is done: encouraging broader involvement in the oversight of government activity, from monitoring corruption to scrutinising budgets, helping to increase accountability and transparency. 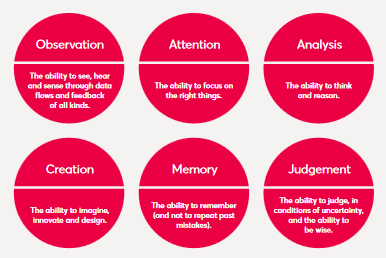 As governments around the world consider how they can address major challenges such as reforming public services and tackling citizen disengagement with traditional political institutions, Nesta believe there are significant opportunities to experiment with these four areas and develop coherent policies that are data- and evidence-led, learn quickly, and respond to the real and changing needs of their societies. Used well, they offer the chance to reach beyond government silos to improve the quality of decision-making and action, and increase public trust and engagement.

2. Start with a problem, not a technology project.

3. Reuse and build on existing knowledge and networks of expertise.

4. Choose the right crowd for your problem.

5. Keep it simple: start with the basics and build the support, skills and momentum for more ambitious initiatives in the future

8. Remember that there is a world beyond the internet.