By Artemis Psaltoglou on 21 February 2017. Posted in Cities 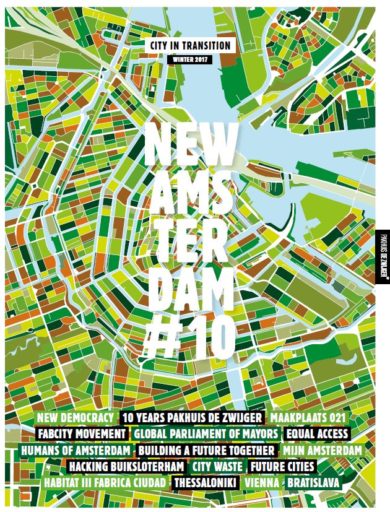 The current edition of New Amsterdam #10 magazine is the 10th issue published by Parkhuis de Zwijger. The main objective of this magazine is to stimulate dialogue and collaboration towards a liveable city and put urgent matters on the agenda.

This magazine is an extension of the offline and online platform of the work of Parkhuis de Zwijger and attempts to reflect the celebration of 10 years of collaboratively re-imagining and designing the future of everyday living. There is a wide range of topics addressed by this issue through articles and short-length catalogues of existing resources and solutions. From local initiatives and the makers movement to waste management and recycling models, this issue presents in a comprehensive way solutions and projects not only from Amsterdam, but also from other cities. 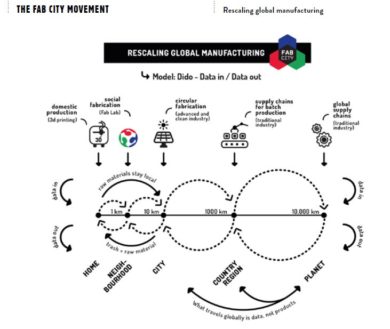 A lemniscate diagram describing the resource, value and feedback loops of the hackable citymaking process: from the individual, to the collective and institutions and back. Source: New Amsterdam #10

Parkhuis de Zwijger is a cultural organisation initiated in 2006 that has grown to be an independent platform for and by the city of Amsterdam and its inhabitants. Its main focus is related to integrating, connecting domains and disciplines, sharing knowledge and experiences, and designing and imagineering the future of everyday life. In the next few years, their work and research will be focused on the question “Who owns the city?”, trying to encourage discussion on how Amsterdam can become a real inclusive city.