By Artemis Psaltoglou on 6 October 2017. Posted in Publications on Intelligent Cities / Smart Cities

This paper analyses the ‘big picture’ of the smart city research field by means of a bibliometric analysis of the literature on smart cities produced between 1992 and 2012. The findings show that this new field of scientific inquiry has started to grow significantly only in recent years, mainly thanks to European universities and US companies. Its intellectual structure is complex and lacks cohesion due to the infinite possible combinations among the building blocks and components characterizing the smart city concept. However, despite this complexity, the bibliometric analysis made it possible to identify three structural axes that traverse the literature, capture the main research perspectives, and reveal some key aspects of this new city planning and development paradigm.

The overall intellectual structure of the smart city research field is shown in the following figure. It is represented by a network of undirected and unweighted links in which the 1,067 source documents are nodes and the 957 citations referring to them are the connecting elements.

Looking at the network, it is evident that fragmentation is one of the main features of the smart city research field. The impressive growth of scientific literature in recent years has been matched by lack of cohesion among the researchers involved in the construction of its intellectual structure. 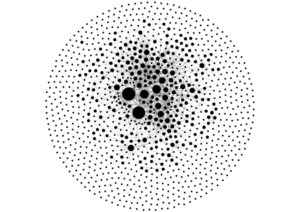 Using bibliometrics and the literature on smart cities produced during the period 1992-2012, the authors define three (3) structural axes of the smart city literature; these are generated by three dichotomies that emerge from the review of this literature:

This article is going to be published in 2018 by Scienze Regionali – The Italian Journal of Regional Science in the Special Issue “Smart Cities: past achievements and future challenges”. A draft version of this paper can be found here.