Balancing the Risks which come with becoming Smarter 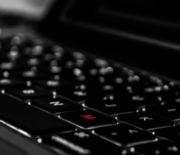 The rapid progress of intelligent urban innovation, reflected in the transformative impact of Smart Cities, a trend which is already immensely popular and becoming even more so, raises a number of questions. As the popularity of Smart Cities constantly rises and their implementation spreads, so do the opportunities for cybercriminal attacks.

The existence of these risks calls for a balance between cities which become vulnerable due to their hyperconnectivity, and cities which developmentally stagnate due to excessive caution. Maintaining this balance is not an easy task.

On one hand, the demographic shift towards rapid urban growth and the great technological and financial potential offered by Smart Cities mean that “business-as-usual” can no longer work for cities. On the other hand, these pressures that drive Smart Cities forward at a fast pace means that the Internet of Things interconnected devices and systems are often developed without appropriate security architectures or threat mitigation solutions and cybersecurity risks are inadequately anticipated or managed, causing a raft of vulnerabilities leading to serious issues threatening livelihoods and, in some extreme cases, life itself.

At this year’s Black Hat conference, a regular even for computer security consulting, training and briefings, IBM’s X-Force Red Team examined existing municipality technologies to determine the possibility of cyberattacks. Researches focused on four common devices and found 17 vulnerabilities, of which nine were deemed critical in term of having the potential to cause widespread destruction. Sometimes, the vulnerabilities were not the result of extremely complex systems but simply of failing to implement basic security measures.

The progress of Smart Cities should not, of course, be stopped or hindered, but business leaders, tech disruptors, developers, service providers, and planners need to ramp up collaboration with industry regulators and ecosystem partners urgently to ensure appropriate rollouts of secure, seamless networks and devices. End-to-end security has to improve, including tighter authentication of users as well as enforced policies for all communication paths. Service providers have to enhance their privacy-focused data encryption capabilities with the latest advanced software. Governments, city planners, and business leaders to start heeding the warnings signs of growing cybercrime and include cybersecurity experts at all stages.

The original article can be found on isBuzzNews.