By Artemis Psaltoglou on 22 February 2019. Posted in Publications on Intelligent Cities / Smart Cities

This article, written by A.-V. Anttiroiko and N. Komninos, focuses on how smart technologies are transforming public services. More specifically, the authors discuss the preconditions for the development of public smart city services by grounding their design on service-dominant logic. Its title is “Smart Public Services: Using Smart City and Service Ontologies in Integrative Service Design” and it is part of the book “Setting Foundations for the Creation of Public Value in Smart Cities. 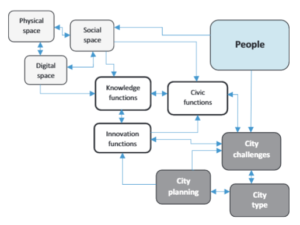 Methodologically, we rely on an ontological analysis that clarifies the core components of both service-dominant logic and the smart city concept. Our findings show that critical intersecting areas, which are vital in utilizing smart city tools in service-dominant logic-oriented public service development, include people’s involvement, knowledge function, smart services, and the service ecosystem. We assert that service design should be based on mechanisms that facilitate resource integration and user involvement within service ecosystems rather than on stand-alone solutions. 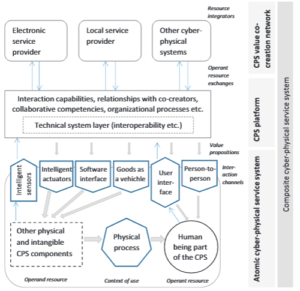