By Artemis Psaltoglou on 22 April 2019. Posted in Publications on Intelligent Cities / Smart Cities

Smart City policies have attracted relevant attention and funding over the last few years. While the time seems now ripe to conclude that such policies have a positive impact on urban economic growth, the picture is much less clear when looking at the microfoundations of this effect.

In this paper, we look at the urban innovation impact of Smart City policies. In fact, typical Smart City project simply the involvement not only of major multinational corporations, along with local public authorities, but also of local companies, typically with the aim to translate general technological solutions to the local needs. 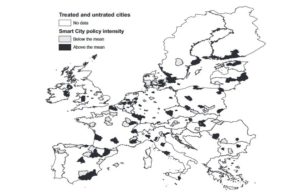