New paper: The Use of IoT Technology in Smart Cities and Smart Villages: Similarities, Differences, and Future Prospects 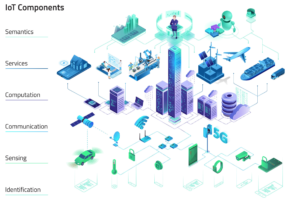 Τhis research paper addresses and discusses different application areas of Internet of Things (IoT) technology in Smart Cities (SCs) and Smart Villages (SVs). Differences and similarities in both ecosystems are identified, while the authors illuminate the standardization efforts that can be applicable in both contexts.

To cover the complex sociopolitical, cultural, and economic dynamics of SCs and SVs, this research is based on the concept of digital innovation ecosystems, stressing that both contexts have their own structural socio-economic features as well as geographical distinctions.

According to the authors, the use of IoT (technology) can be extended from the SCs (urban settlements) to the SVs in rural settlements, improving the life of the communities as a whole.

The general contributions/ objectives of the research are the following:

The study is based on three methodological phases:

In this manner, the authors formulated two research hypotheses:

Throughout the paper the concept of digital innovation ecosystems is applied for both SCs and SVs and their relation to IoT (technology)  to underscore the complexity of digital transformation with all its accompanying phenomena and to demonstrate the structural uniqueness of both ecosystems. By addressing dispersion and deficiency  from the perspective of a digital innovation ecosystem, structural heterogeneity of both systems is underlined and generalization with potential oversimplification is avoided, as both systems are structurally unique and heterogeneous even from within. Both SC and SV emerge as a complex web of interdependent entities and relationships between them, underlining their lively dynamics not just within but also to the outside.

This conceptualization corresponds to authors’ current fieldwork within an Interreg project Catalysing Regions in Peripheral and Emerging Europe towards Digital Innovation Ecosystems (CARPE DIGEM) which actively works on creating functioning Digital Innovation Ecosystems (DIGEM). Within this project, the concept of digital innovation ecosystems is understood as a complex system of various actors having different roles, interacting in mutual interdependence, constantly learning how to interact effectively.

Based on the work conducted, two key interconnected conclusions are extracted:

Based on the importance of sociopolitical, economic, and cultural contexts, the authors underline the value of collaboration with the communities. This issue encompasses multiple levels of the innovation digital ecosystems: policymaking, interaction between citizens and technology, innovation as (public) value, economy as sustainable economic growth and basic social awareness in terms of the sustainability of the digital innovation ecosystems themselves. Additionally, broad involvement of policy makers, researchers and community actors, market and third sector actors within both digital innovation ecosystems, presents a key component in the strategy process of successful harnessing of IoT (technology) in terms of public value. In this regard, this research proposes a transdisciplinary partnership based on a participatory process of co-production which facilitates “bottom-up” approaches.