By Anne Davis on 22 September 2020. Posted in Innovative Cities & Regions 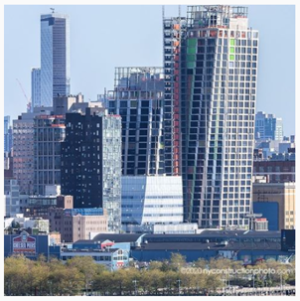 There are cities, and then there’s New York City. Love it or hate it, New York is a city’s city, serving as the gold standard of successful urbanization, one in which others try to follow. It wasn’t always this way. Thirty years ago, New York was considered by many to be nothing short of an urban hellhole. The city’s return to greatness and glory is a remarkable story that highlights New York’s role as the epicenter of civic innovation.

Rewind the clock to the early-1990s. While many property developers and real estate investors abandoned the Big Apple, others, like HFZ Capital Group, saw an opportunity to swoop in on a gold mine. Sure enough, New York underwent a cultural and societal renaissance in the last decade of the century, with real estate values skyrocketing and the city reaffirming its role as default capital of the planet.

New York has certainly experienced its share of ups and downs in the years since. However, the general trajectory has been undoubtedly upward and onward. To see HFZ’s buildings today versus three decades ago is to see a marked transition from urban renewal and revitalization to urban reinvention and innovation.

With that said, New York remains a city of older buildings. For every new addition to the iconic skyline, dozens of decades-old structures remain upright. As HFZCap and other developers have come to discover, investing in the revitalization of older high rises and office buildings across the city is a worthwhile endeavor. What’s more, their experience overseeing the development of newer structures provides insights for how to bring older ones into the 21st century.

New York’s role as the epicenter of urban innovation is a result of the limited space available for development. There’s only so much room for new construction, forcing builders and civil engineers to get creative. The added complexities of being home to 27,000 people per square mile provide further incentive to rethink the approach to urban planning. Upon experiencing similar population growth, cities around the world look to the New York model for how to manage and service millions of people concentrated in a relatively small geographic region.

The key to successful urban planning in today’s world comes down to two things: sustainability and smart technology. Furthermore, these factors are invariably linked; a modern city is unlikely to succeed without putting both to use. Previous generations of builders and planners were under less pressure to meet this standard, requiring innovation along the way. For cities like New York, the investment in the future continues to pay off big.

It’s important to note that New York is the epicenter of urban innovation, not the birthplace. Many breakthroughs in city planning and urban renewal come from elsewhere, whether it’s Singapore, Seoul, or San Francisco. While New York is not without its firsts when it comes to urban development, it’s by no means the only contributor to the list of best concepts put to practice. With that said, New York is a crossroads of civilizations. It’s the unofficial capital of the world. The best of the best soon finds its way there, including ideas about urban innovation.