Keeping Up with Technology during the Coronavirus 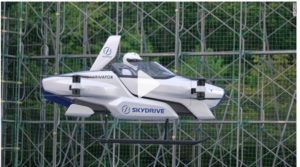 Although it appears that people are leaving cities in droves these days, every year that goes by, more people move to the city. If you don’t live there now, you might think moving to an urban area sacrifices your need for wide-open spaces and fresh air. But cities make up for this deficit with culture and convenience. Not to mention, the availability of work in more urban areas far outweighs the opportunities in rural America.

The problem is with so many people moving in; developers need to make changes to the infrastructure to support the growing population. Innovations in smart city technologies are essential in maintaining residents’ quality of life.

Unfortunately, in the time of the coronavirus, sickness and lockdowns bring growth to a screeching halt.

Pacing Smart Cities
At the same time, the country was on lockdown, engineers and IT professionals were still able to make plans and share ideas through technology. Still, without anyone to implement these systems in real life, they remain an idea. And if we know anything about technology, it’s that change happens near the speed of light.

In order to move forward with developing actual smart cities, engineers need to place new technologies that match ideas before they become obsolete. If ideas stay on paper, populations will outpace smart city engineering. It’s much harder to implement an idea when you’re chasing after the problem, rather than building a solution before a problem starts at all.

Safety at the Forefront
Think about this: If smart cities were part of current urban living, sensors in the environment might have been just the thing to detect hot spots in large cities and highlight areas to avoid. Also, contact tracing would be a no-brainer, and contact-less deliveries would be the norm.

To properly implement a smart city plan, we first have to keep planners, engineers, and workers safe to do their work. One way to do that is to set up isolation canopies and tents for testing and treatment onsite. This will not only help separate people who experience illness systems from the group, but these canopies can also house those with injuries who need medical attention. Or they could serve as a resting area while waiting for transport to a hospital.

Hospital Overflow
With the expected population increase, patients could easily overrun current hospitals. Even when engineers expand the infrastructure to support the population, we’ve already seen that one incident could overwhelm available hospitals.

Negative pressure tents could help with hospital overflows and give medical professionals a place to treat patients in the event of such an emergency. The best thing about them is that you can set them up in less than a minute.

Looking to the Future
Those who grew up watching the Jetsons have wanted their own flying cars, automatic meal prep stations, and Rosie maids since they were kids. Smart cities can bring that dream to life. But we can’t make the dream a reality without implementing technologies that match current ideas.

The population will keep expanding, and, when this current crisis is over, people will continue to move to U.S. cities. Building the most innovative infrastructure before they arrive is the best way to support the population instead of chasing the power curve.

The fact is, to fully maximize the power of smart cities and bring people and technology closer together, we have a lot of work to do. The road to connected and technology-driven societies is long and complicated, so the sooner we start, the sooner we get our cities ready for the future of urban dwelling.