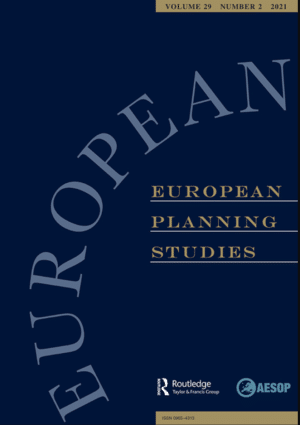 This paper introduces an alternative narrative for urban resilience. It attempts to emphasize the value of community and its prospect to create bottom-up, non-capital oriented and non-bureaucratic urban change. In this paper, emphasis is placed on societal issues, by acknowledging the user-generated transformative power in counteracting the mundane systemic pressures, and overcoming global crises (health, economic, climate, etc.) at a local scale.

The proposed view on resilience in this paper, tackles the challenges of the involved entities being collectively active, function in a relational way and provoke change via novel and transformative action.  Small-scale, informal bodies and collectives such as households, neighbourhood groups and local communities are presented as significant parts of an alternate spatial planning narrative that brings the local and the community into focus.

The paper provides a review on the emergence and evolution of the term ‘resilience’ in spatial planning and discusses its transition from theory to practice. The analysis focuses on the issues of inequality and injustice that the adopted patterns of practicing resilience fail to address. According to the authors, over the last two decades, spatial planning has been in constant transformation composing a narrative that acknowledges the complex and dynamic nature of cities. This implies the obsolescence of current planning practices to fulfill its scope as well as the need to view urban systems as generated rather than fabricated structures. To this end urban resilience has become a core concept in the contemporary spatial planning discourse, expressing an evolutionary, more flexible and dynamic approach. Nevertheless, transition from the theory of resilience to its practice drew attention to the intrinsic structural inequalities that it might be helping to strengthen, and to the institutional processes creating them to preserve the status quo.

The authors detect three qualities that are critical to the formation of an alternative context for urban resilience: active, relational and novel & transformative. Towards the analysis of these three qualities in pursuing urban resilience, two prominent case studies, Christiania, in Copenhagen, Denmark, and PERKA, in Thessaloniki, Greece, are analysed. Both cases highlight that bottom-up user-generated processes of interconnected actors can affect planning outcomes through valuable learning processes. The analysis of the two case studies identifies the critical elements, processes and tactical practices which activate the community’s transformative dynamics that could resist established structures and shake up the status quo.