India’s Smart Cities Mission aims to create 100 ‘smart cities’ in the country by the year 2020. The Mission, one of the most publicized among the many slogan-led schemes of the National Democratic Alliance government, is characterized by ambitious goals, large planned investments, multiple private sector actors, and new governance structures induced by the corporatization of cities. As the Mission completed two years in June 2017, the Housing and Land Rights Network of India (HLRN) examines how it has unfolded and what exactly it means for India’s urban

EasyPark recently published a very interesting interactive report on the 2017 Smart Cities Index. To create the index, they first studied over 500 cities worldwide, looking at countries with very high and medium

The Financial Times: Smart cities might not be such a bright idea

Anjana Ahuja, Science Commentator of FT.com, comments that it is a fallacy to think that more data, by itself, can make life better. The future is not just bright but blindingly illuminated, if one buys into the buzz around “smart cities”. Bill Gates is rumoured to be building one
Continue Reading

Maybe it’s the sudden flurry of flying car proposals or the hype over hyperloop, but it seems like tech companies are finally ready to build the cities of the future we’ve been obsessing about in films for years.

Smart city technology, a combination of Internet of Things connectivity and massive technological integration at the metro level, has long been a 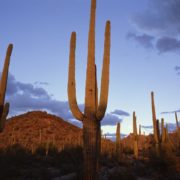 An investment firm controlled by the Microsoft co-founder buys land for a city that will feature cutting-edge tech at its core. Bill Gates can see the future — in the Arizona desert. The investment firm, controlled by the Microsoft co-founder, has bought nearly 25,000 acres about 45 miles west of Phoenix to build a smart city, a community built from the ground up with the idea of integrating technology into its residents’ lives. The proposed community, known as Belmont, would serve as a “template” for development of

On 7 November 2017, the European Commission awarded the 2017 European Capital of Innovation (iCapital) prize of €1,000,000 to Paris (France). The iCapital award, granted under the EU’s research and innovation programme Horizon 2020, recognises Paris for its inclusive innovation strategy. Tallinn (Estonia) and Tel Aviv (Israel) were selected as runners-up, and were both awarded €100,000. The prize money will be used to scale up and further expand the cities’ innovation efforts.