Posted at 23 November 2016 in Innovation Measurement

The Social Innovation Index 2016, created by the Economist Intelligence Unit (EIU), measures the capacity for social innovation across 45 countries–G20 and OECD nations, together with select others to illustrate some notable trends in developing economies.

Posted at 7 October 2016 in Innovation Measurement

The R&I Regional Viewer is a new tool developped by the Stairway to Excellence (S2E)team that visualizes and compare Research & Innovation investments under different funding channels and EU programmes across EU Regions.

Posted at 5 September 2016 in Innovation Measurement

The Global Innovation Index ranks the innovation performance of 128 countries and economies around the world, based on 82 indicators. Switzerland, Sweden, the United Kingdom, the United States of America, Finland and Singapore lead the 2016 rankings. Among the GII 2016 leaders, four economies — Japan, the U.S., the UK, and Germany— stand out in “innovation quality,” a top-level indicator that looks at the caliber of universities, number of scientific publications and international patent filings.

Science, research and innovation performance of the EU

Research and innovation are key to building a prosperous future for the EU. They therefore figure prominently in the Europe 2020 strategy and the European Semester process and underpin progress towards the 10 priorities of the Juncker Commission, from providing a new boost to jobs, growth and investment, to developing the digital single market and developing the Energy Union. This report presents an in-depth indicator-based analysis of the EU’s science, research and innovation performance and provides insight into the underpinning factors and drivers.

Posted at 26 August 2016 in Innovation Measurement

The Regional Innovation Scoreboard is a regional extension of the European Innovation Scoreboard (EIS), assessing the innovation performance of European regions on a limited number of indicators. The RIS 2016 covers 214 regions across 22 EU countries and Norway. In addition, Cyprus, Estonia, Latvia, Lithuania, Luxembourg and Malta are included at country level, as the regional administrative level as such does not exist in these countries.

Posted at 25 August 2016 in Innovation Measurement

Ericsson and Network Society Lab have published the 2016 edition of Networked Society City Index. This index ranks cities based on their ICT level of maturity and their performance in terms of sustainable urban development. According to this report, cities play and will play an essential role in the developmental processes in the following years, due to their continuously increasing importance.

Posted at 17 August 2016 in Innovation Measurement

The EU is continuing to catch up with global innovation leaders. But innovation is still held back by low business investment and restrictive framework conditions, notably affecting SMEs. 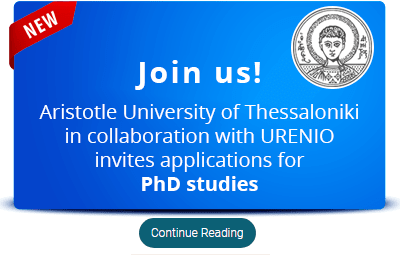