Cloud computing has emerged during the last years as a disruptive model with the ability to transform IT organizations to be more responsive and agile than ever before. It creates a highly efficient, scalable and elastic computing environment, which gives city authorities and municipalities everywhere the opportunity to collect, store, analyse and manage enormous amounts of data coming from heterogeneous sources (sensors, smartphones, household appliances etc.) in the urban environment more effectively and at a lower cost than in-house solutions.

Using cloud’s “pay for what you use” approach, a city can significantly reduce the up-front costs by avoiding the procurement of hardware and software in advance, as well as the resultant infrastructure depreciation. Moreover, cloud adoption can decrease the operational costs, as the city will maintain at a given time only the required resources, which could be scaled out/up and in through rapid elasticity. Also, other IT costs can be reduced by buying general purpose capabilities such as asset management, security, collaboration, etc. as a service, instead of maintaining a specialized in-house IT department. As cities operate in an unstable economic environment, smart consumption-based procurement allows them to scale up to fulfill new demands and reduce spending, if necessary, to address changes in budgets and funding.

During the STORM CLOUDS Project, an EU co-funded CIP project that aimed to accelerate the pace at which Public Authorities move to cloud computing, URENIO has created a portfolio of smart city applications that are available through the cloud. The applications run on the top of STORM CLOUDS Platform. The platform provides the cloud environment, which can host Smart City Applications. It is an advanced, customizable, distributed IaaS cloud architecture based on open source technologies. 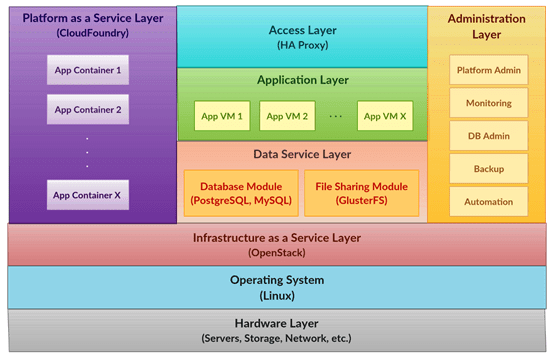 URENIO offers to Public Authorities a way to uptake their smart city strategies, first, through the development of a smart city applications portfolio allowing re-use of already developed and tested software, and, second, through cloud computing which disengages city authorities from any resource constraints, technical or financial, and has a higher impact and greater effect at the city level. The combination of these two solutions allows city governments and municipalities to select and deploy a large number of applications dedicated to different city functions, which collectively could create a multiplier effect with a greater impact on the urban environment.